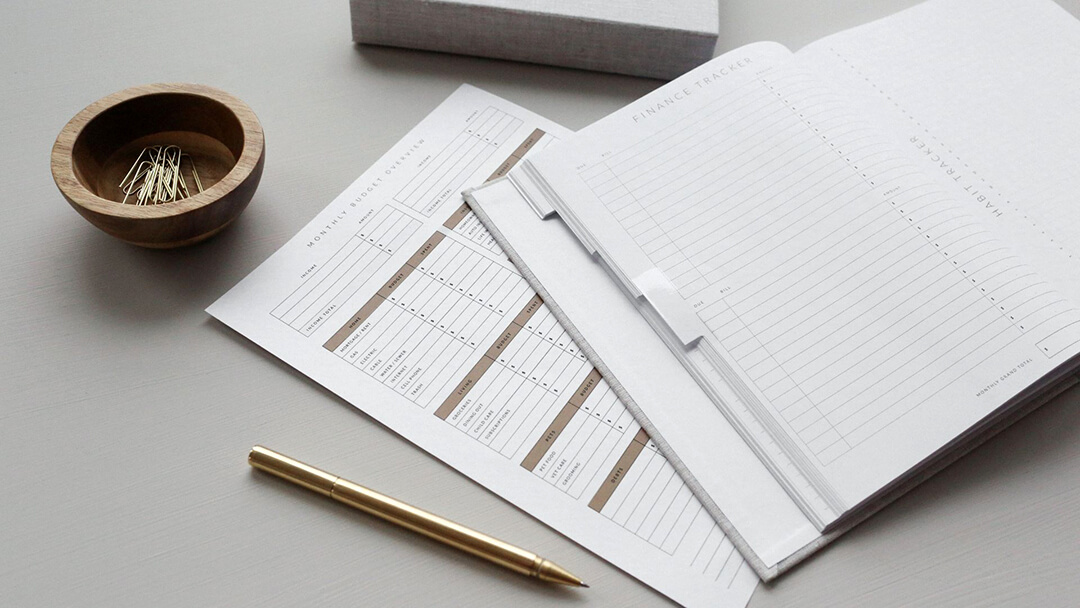 “This year, I’m FINALLY going to get a handle on my finances.”

How many people have you heard make this one of their major New Year’s resolutions? Probably a ton, but very few actually follow through.

January 2nd rolls around, a banner pops up on Instagram and they can’t stop themselves from buying what they see. They go to the mall to use some of the gift cards they got for Christmas. They buy something for $150 with their $100 gift card here, $75 with their $50 gift card there. Without even realizing, they’ve spent an extra $300 on random stuff.

A few weeks later, they get their credit card bill from the holidays and revert to their old habits of spending the next 6 or 7 months trying to pay it down. All of this is due to a few factors:

If this sounds like you, and you want to start down the path of financial success, I’m here to give you a few basic tips to get on the right track.

There are a few fundamental steps anyone can take that have been kept “secret” for hundreds of years. (Or maybe we know what to do fundamentally, but don’t do it anyway.) Before I give you the “secrets,” I want to let you know a few things first:

Now that you’re in the right mindset, what are the “secrets” to financial success?

Know What You’re Doing with Your Money

Track your bills and spending habits. I recommend that people track EVERY single thing they spend money on, including cash (for those of you that still use that ancient technique), EVERY day for a month. You’ll be surprised at where and how you spend your money. Usually, you can find tons of discretionary money available to you, just by paying attention to what you’re doing with it. I know this is boring, but it’s essential if you want to have financial success.

After you have tracked it for a month, assess what purchases were important and unimportant to you and your family. Add up the unimportant expenditures and you will have your amount of discretionary income that you can immediately start putting to better use.

Live Below Your Means

When you assess what’s important to you, separate NEEDS from WANTS. One of the finest lessons I have learned about money is that it doesn’t matter how much money you MAKE – it’s how much money you KEEP that’s important! How many people do you know who make good money but live paycheck to paycheck? Big incomes, big houses, fancy cars… but one layoff, downsizing, or pay cut and they would be living on the street in 90 days. In my opinion, that’s no way to live.

Confidence comes from having savings. Shawn always tells this story about an appointment he did early on in our financial business:

We were building our business and wealth. We made a multiple six-figure income, but still lived in a 600 square foot apartment. Shawn still drove his car from high school. A beat-up 1979 Chevy El Camino. I hated that car, but it was reliable, and it was already paid off. (I finally bought him his dream car for his birthday. A Corvette Z06. I’m still not sure if it’s because I love him so much, or because I hated the El Camino more.)

He went to an appointment at a huge, luxurious house overlooking the San Fernando Valley in Los Angeles. There were fancy cars in the driveway and the owner obviously liked to show them off. During the appointment, the owner stopped Shawn in the middle of his presentation and asked why he should listen to him. He was a much older man. He said, “I saw the car that you drove up in, and I obviously am more successful than you…why would I listen to you about my money?” Now, usually Shawn doesn’t let stuff like this bother him, but this man was unusually arrogant, and it got under Shawn’s skin.

Shawn stopped his presentation, closed his notebook, and asked the man one simple question: “If you don’t mind me asking, what’s the biggest check you could write me?” The man answered back proudly, obviously thinking the number he was about to spout was a large number. “I don’t know… probably about $30,000.” Shawn stood up, handed the man his card, and replied calmly, “I could write you a check for over $300,000…and I noticed what you’re driving, too. If you want to improve your idea of what successful is, give me a call.” He then left the house and went to his next appointment.

The reason I tell this story is to prove a point that there is a profound confidence that comes with knowing that you are not stretching yourself financially. Less stress. Less worry. More confidence about the future. I don’t know anybody who wouldn’t want to feel that confidence. By the way, it doesn’t mean that you can’t or shouldn’t have nice things. It just means that there is a season for everything, and most people would be better served by building wealth before being lavish.

Stop Buying Things with Money You Don’t Have

Shawn and I have a rule that we don’t buy anything we can’t write a check for. This includes houses and real estate. It wasn’t always this way, but it started with clothes, then trips, then cars, then houses. Most people’s habit is to buy everything with financing and credit cards. They think that if they can afford the payments, then it is okay – this is NOT okay. It is a trap that the banks and the credit card companies are “banking” on!

Once you stop using financed money, (with the exception of purchasing a home or maybe a college loan), you will have your best chance of financial success. You will also be able to pay off your existing debts MUCH faster.

Start Saving and Investing Money Immediately, Where You Currently Stand.

I’m not going to sugar coat this one. This will be one of the hardest things you EVER do with your money if you have never saved before. It is also the MOST IMPORTANT. This is the habit that helps you KEEP more of your money. Remember: it’s how much you KEEP that is important. Here are the FIVE major traps people tell themselves:

My answers to these are simple:

1. Something is ALWAYS better than nothing.

2.-3. What’s best for you, depends on you. Talking to a good financial person will help make the process easier. Ask people you know for referrals. It shouldn’t take long to find someone you like and trust. (I know a lady named Jaime that would love to help you.)

4.-5. It won’t get easier if you have the habit of not paying off debt. Subconsciously, you will find more debt to get into if you don’t already know how to save and invest.

Get out of debt faster

You’re probably wondering why I haven’t mentioned this earlier? Even though this is important, it’s not the MOST important. That being said, you can look into restructuring the way you are PAYING down your debts. Look for opportunities to pay them down in the fastest way possible, even if that means changing some things around. There are a lot of resources out there that can help you in this restructuring process.

After you have built up these good habits with your money, then, and only then, a significant way to become financially successful is to: Make MORE money (and KEEP more of it).

I hope this was helpful. But more importantly, I hope you decide to take action towards really getting your financial house in order and getting on the path to financial success!

I’m rooting for you!